The Slate gives us a some answers in this interesting post… 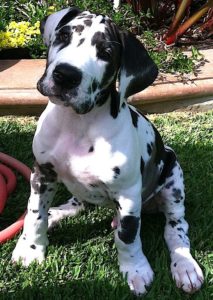 My friend and fellow dog lover Edie, an occupational therapist in Massachusetts, has been looking for a mate for nearly 10 years. She finally thought she’d found one in Jeff, a nice guy, generous and funny, who teaches high school. They dated for several months, and just as there was talk about a future, it occurred to Edie that Jeff hadn’t really bonded with her yellow Lab, Sophie. In fact, as she thought more about it, she wasn’t sure Jeff was a dog guy at all.

She confronted him about this at dinner one night, and he confessed, in some anguish, that he didn’t love Sophie, didn’t love dogs in general, never had.

They broke up the next week. More accurately, she dumped him. “What can I say?” Edie told me, somewhat defensively. “Sophie has been there for me, day in and day out, for years. I can’t say the same of men. She’s my girl, my baby. Sooner or later, it would have ended.”

Having just spent two months on a book tour talking to dog lovers across the country, I can testify that this story isn’t unusual. The lesson Edie gleaned, she says, was that she should have asked about Sophie first, not last.

In America, we love our dogs. A lot. So much that we rarely wonder why anymore.

This, perhaps, is why God created academics.

John Archer, a psychologist at the University of Central Lancashire, has been puzzling for some time over why people love their pets. In evolutionary terms, love for dogs and other pets “poses a problem,” he writes. Being attached to animals is not, strictly speaking, necessary for human health and welfare. True, studies show that people with pets live a bit longer and have better blood pressure than benighted nonowners, but in the literal sense, we don’t really need all those dogs and cats to survive.

Archer’s alternative Darwinian theory: Pets manipulate the same instincts and responses that have evolved to facilitate human relationships, “primarily (but not exclusively) those between parent and child.”

No wonder Edie ditched Jeff. She was about to marry the evil stepfather, somebody who wasn’t crazy about her true child.

Or, to look at it from the opposite direction, Archer suggests, “consider the possibility that pets are, in evolutionary terms, manipulating human responses, that they are the equivalent of social parasites.” Social parasites inject themselves into the social systems of other species and thrive there. Dogs are masters at that. They show a range of emotions—love, anxiety, curiosity—and thus trick us into thinking they possess the full range of human feelings.