In the feline friendly city of Rome, Italy, the Colosseum is home to a colony of about 200 cats… 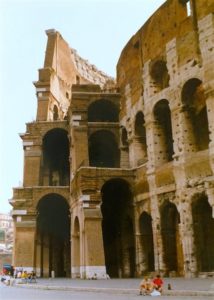 Cats are omnipresent in Rome; they can rightly be considered citizens and a symbol of the Eternal City. They are so popular that a regional law states that a group of more than 5 cats in the natural urban habitat constitutes a protected feline colony. 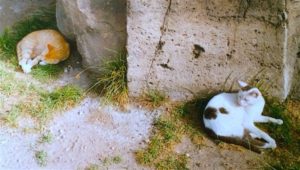 There the animals are entitled to food, shelter and protection, and cannot be kicked out of there. In exchange, the cats have to accept hygienic rules and sterilization. This latter measure should keep the feline population under control, so that it can thrive.  Romans generally love cats, because they are graceful, harmless, clean and keep the rats at bay, but they are not always welcome and there are some criminals (now it is a crime) who poison or beat them.

In Rome there are thousands of people who voluntarily feed, provide medical care and sterilize cats. They used to be mainly women (so-called “gattare”) but now both sexes are represented. Some of them have created an association, the ARCA, that counts 1,000 members.

read more about the cats here…