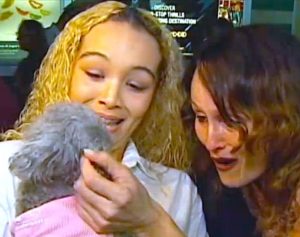 But five years and 1,000 miles later, the Kansas City, Missouri, woman was reunited with her pet teacup poodle Wednesday.

Gutierrez left the dog with her sister in New Mexico because she had to leave for military duty in Afghanistan, ABC affiliate KMBC-TV reported. But during her deployment, the dog vanished.

Somehow, Cookies turned up in San Diego. The dog was identified by its microchip and returned to Kansas City on a flight.