The Daily News reports, a 200 pound puppy sold for a record-breaking price… 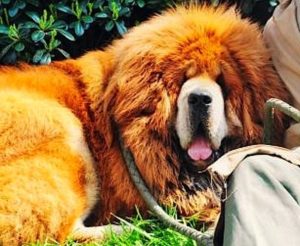 A Tibetan mastiff puppy in China fetched a record-breaking price in what may be the world’s most expensive dog sale, according to local media reports.

The giant, furry canines were once used for hunting in Central Asia and Tibet, and are said to have “lion’s blood.” They weigh upwards of 100 pounds and are known for their loyalty and guardian instincts.

The 12 million yuan ($1.9 million) dog, a golden-haired puppy measuring 31 inches tall and weighing nearly 200 pounds, was purchased by a 56-year-old property developer from Qingdao, according to the report in the Qianjiang Evening News.