The amazing true story of an Akita’s remarkable loyalty… 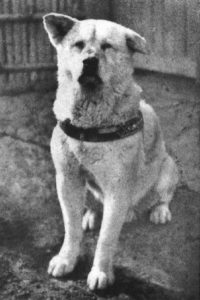 Akitas are considered to be among the most loyal of all dogs, and anyone who has heard the amazing true story of Hachiko won’t disagree.

The following year was a wonderful time for Hachiko and his new master. Akitas are large dogs, and Hachiko grew to be over ninety pounds. This beautiful white dog accompanied Dr. Ueno to the Shibuya train station every morning, where Dr. Ueno would say goodbye to Hachiko and head to the university. And every day when Dr. Ueno returned home Hachiko would be waiting for him at the train station and the two would go home together. Anyone could see the powerful bond between the large Akita and his master.

If things had continued like this, the story would still be one of admirable faithfulness from a dog to its master. But that was not the fate of Dr. Ueno and his loyal Akita Hachiko. 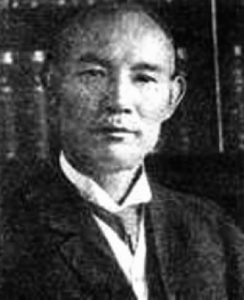 May 21, 1925 was like any other day for the pair. In the morning, Professor Ueno left Hachiko at Shibuya Station. But when Hachiko returned to Shibuya Station in the evening, his master was nowhere to be found. Though Hachiko waited, Dr. Ueno never showed up.

Dr. Ueno had died from a stroke earlier that day.

Akitas are very loyal dogs and do not bond easily with new people. Hachiko was sent away to another area of Japan where there were relatives of Dr. Ueno’s who could take care of him. Because Hachiko had only belonged to Dr. Ueno for a little over a year, they probably hoped that the Akita would make a new family with them. But Hachiko didn’t care. He ran away from the family and returned to the train station to wait for his master. The family realized that they couldn’t keep the big Akita dog from heading to Shibuya Station everyday, so they gave Hachiko to Dr. Ueno’s old gardener who still lived in the area.

Every evening Hachiko would return to Shibuya Station and wait for Dr. Ueno to get off the six-o’clock train. And every day, Hachiko was disappointed. Still, he never missed a day of hoping that his master would return to him. 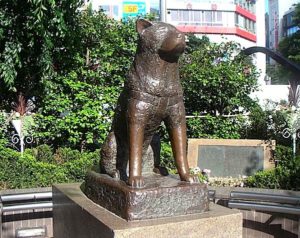