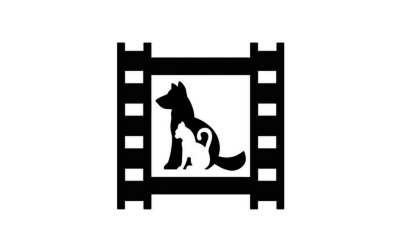 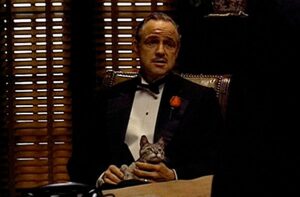 According to “The Godfather Book” by Peter Cowie, during rehearsals for the opening scene of the film “a stray cat had been discovered in the studio, and (Francis) Coppola put it in (Marlon) Brando’s hands without warning, so he could caress it in his lap as the camera was running.  Al Ruddy remembers the cat purring so loudly that Brando’s words were almost indistinguishable on the sound tapes.  But the presence of the feline adds an immediate dimension to the Don’s character, and a symbolic sense of the claws beneath an amiable exterior.”  Directed by Francis Ford Coppola.