Grumpy Who?  A post at Shanghailist presents the latest feline sensation… 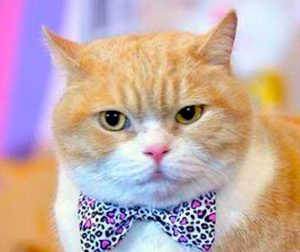 He gained popularity in July 2012 when he went missing for 26 days and was found through the help of fans on social media. According to KittyArmy, the poor cat lost three pounds from the distressing few weeks he was lost. 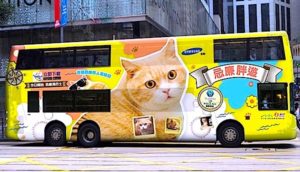 He is also paid thousands of dollars to appear in advertisements and commercials. Brother Cream can be seen on city buses, subway stations, stickers and even on hand bags. 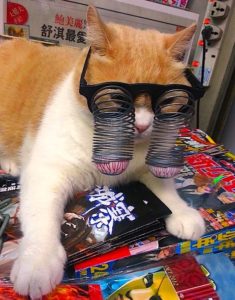