From the California Veterinary Medical Association… 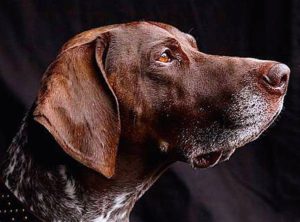 — The nominated animal must be living and reside in California.

— Nominations are to be made by a veterinarian or a client through a veterinarian (Veterinarian need not be a member of CVMA), by the humane society, SPCA, or other animal care agency in California, or by a constituent veterinary association.

— The owner of the animal has given permission for nomination.

— Nominee must be a living animal of any domesticated species, which through unselfish and courageous accomplishments exemplifies the affection, loyalty, security, and value of the human animal bond.

Nominations must include the following:

— One 8 x 10 photograph of the nominated animal

— Minimum of two letters supporting the nomination, not to exceed five letters

Presentation of the award shall be made during CVMA’s Installation and Awards Ceremony at the Pacific Veterinary Conference in San Francisco, June, 2016.

All submitted material becomes the property of the CVMA and will not be returned.

NOMINATIONS WILL REMAIN IN EFFECT FOR A PERIOD OF THREE YEARS.

Please fill out the form and submit to CVMA. Nomination form must be received in the CVMA office before December 31, 2015.