The roasters at Grimpeur Brothers Coffee have found a great way to raise awareness about mis-understood pitbulls — so drink more coffee..! 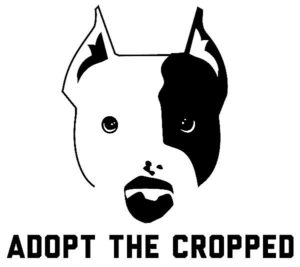 Did you know that there’s a movement to de-stigmatize rescue dogs who have cropped ears? The idea is to change the language from negative (chopped, mutilated, etc.) to the positive (love nubs!) so that dogs who are waiting in shelters and rescues aren’t judged by what a human did to them (and something they had no choice in). No, I’d never advocate someone crop a dog’s ears, but for Pitbulls in rescue, better to not make assumptions based on whether their ears flop or not.

There is a stereotype that dogs with cropped ears have been used for fighting, but this isn’t always the case… some people do it because of street style, or because a dog’s head looks bigger with cropped ears, or sometimes it’s because it used to be the breed standard. But none of that matters as much as a dog’s temperament and personality. 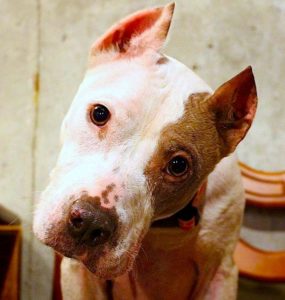 Proceeds from the sale of Adopt The Cropped Single Origin coffee go to support our Amiga Alyssa Severn’s efforts for the care and placement of Wilma the foster pitbull with a great family.